There are 9 tips you need to know before visiting Dubai! (Dubai travel guide) to make travel for you easy. Amazing high out of the Arabian desert, Dubai has become synonymous with wealth, opulence, recording-breaking architecture, and luxury tourism. But Dubai is not a city without controversies, with laws limiting free speech and many personal freedoms it also continues to be plagued by accusations of human rights violations. For these reasons, Dubai is a city that some may visit with trepidation. and after reading this blog, you will plan to travel to Dubai next vacation

if it’s your first tip it’s going to be a question, you’re going to be asking yourself when you land in Dubai, and it’s how do I get to your accommodation? we can recommend is getting an Uber. Uber’s run from the airport, there’s even a designated drop-off and pick-up area for Ubers and you wait no more than five minutes for ours. you take about a 20-minute journey, and it cost 85dh and honestly, it is so easy, ok it might not be the cheapest option but it’s certainly the most convenient.

Dubai is a city that has been built around cars. Multi-lane highways crisscross the city and using Uber or local taxi app, Careem, is generally the quickest way to get around. A walking city in Dubai is not. However, Dubai does have some of the cheapest public transport tickets in the world- so if you’d rather save cash than time, then getting the metro can be a good idea. now if you’re going to be using public transport while you’re here in Dubai then we recommend getting an NOL card. These work in a similar way to how the Oyster card works in London. you simply load it up and then tap in out as you go, and the money will get deducted accordingly. Now, these are great because they cover all sorts of public transport, from buses, the metro, the train, and a little bonus-you’ll also get into some of the parks with it too. Bonus tips when riding the metro, the front carriage is often for women and children only Eating or chewing gum on the metro is not allowed. there’s free Wi-Fi onboard And of course, no smoking.

3. Head to the beach

so, if you’re going to come to Dubai the chances are you’re going to end up on a beach at some point, and for good reason. the beaches here are gorgeous. And the great thing is they’re family-friendly too. as you can see, the beach in Dubai is true to form and massive. just take care during the middle of the day, as there’s not much shade here.
4. what to wear? So, when packing for Dubai your goanna has to think about what to wear. so the advice given is for both men and women to dress modestly. Now, this can be left up to interpretation if you think you have to always cover your shoulders, you are wrong when you are coming you will see women in short dresses and skirts. But we think the idea is that if you’re gonna dress like that you might get some funny looks and it’s just not respectful.

So another thing to think about whilst you’re coming to Dubai is public displays of affection or PDA. Now we wanna talk about a rule that you must hear about and that is if you’re married then holding hands with your partner should be just fine but just don’t go kissing each other. if you’re not married, however, just keep your hands to yourself it’s just not done here. Now if you’re not married, technically it’s against the law to share a bed with your partner or stay in a hotel room. but today this rule is a little bit different, and a lot of the hotels have overlooked that rule now. so, you’ll be fine to come here if you’re not married. Now another thing to think about is that homosexuality is against the law here, so just keep that in mind.

6. be adventurous with food

So in the downtown Dubai area, you’re going to find a lot of commercial restaurants, all the chains so you want to get out of this area head to an area like Deira where we are now where you’re going to explore loads of different flavors from around the world from local vendors. In the Egyptian restaurant tuck into an Egyptian pizza that you never know even existed. And it’s great to just soak up some of the differences. Cultures that have been living here in Dubai. And if you want to see more of Dubai’s amazing food then check out Dubai’s best restaurant.

So before coming to Dubai it’s worth noting the dates of Ramadan. So, during this time a lot of local people will be fasting, and although this doesn’t change too much about what’s going on in Dubai, restaurants might have different times and a lot of them will be covered up or there might be divisions or partition walls up just to respect those who are fasting around you. Now the biggest thing about Ramadan is that if you’re caught eating on the street you will get find or there might even be a worse punishment. So this is worth nothing on these dates, you do not want to get into trouble whilst in Dubai, especially for just eating on the streets. So the dates do change every year so you need to double-check that and also if you want to come to Dubai and go for a little party you’re not going to be able to do it during Ramadan because the clubs will be closed.

8. Head to the souks

there are many souks in Dubai, with some of the most well-known including the Gold Souk, the Spice Souk, and the Grand Souk. You might note when walking around these Souks that the technique isn’t too intense. Sometimes when you come to these markets it can be sold, sell, sell, come here, Buy, Buy, Buy pushy. And actually, here it’s a lot calmer and it makes you want to buy stuff a little more. You’ll enjoy this experience. These dense marketplaces are found all over the Arab world and have become a fixture on the tourist trail in the Middle East and North Africa. They’re always a full-on experience, the souks on either side of Dubai Creek and to cross you can take a ride on an abra a traditional wooden boat. They depart every few minutes and you can take a public one or hire a private boat for a bit extra. As tourists never accept the first price then you have a chance to buy lower price.

We have tried to provide a complete guide for Dubai travelers to have a carefree trip in Dubai. if you decide to spend your vacation in Dubai this year, apply for your visa now. 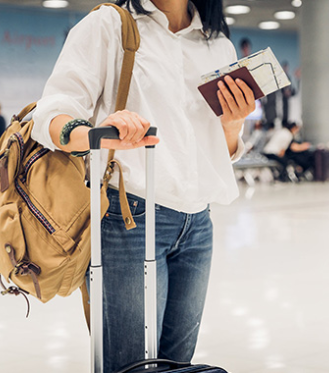